Home / Get Involved / Support Us / Our Supporters

Our sincere thanks go to the many organisations, trusts, philanthropic institutions and individuals that have supported us in the past, or continue to support us, through donation of finances, services, products, work experience opportunities or through the development of mutually beneficial relationships.

Each year all our supporters, both significant and smaller, are acknowledged in our Annual Report.

Our major supporters are listed below.

Freemasons have been providing financial support to our Sibling Program for over ten years and have pledged to continue their support into the future. Such is their belief in the value and benefits of the program that each year the level of their support has increased. Another generous donation of $70,000 in November 2019 has secured the program  for the 2019 – 2020 year. This latest donation takes the total contribution from Freemasons to $320,000!

Sibling support sessions and activities for different age groups and a series of camps during the year provide vital opportunities for friendships, fun and emotional and practical support to an increasing number siblings of children with disabilities. 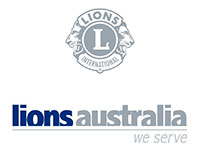 In 2016 the newly established Ferntree Gully Lions Club approached IOE to become their charity partner – assisting them with fundraising projects to fund an IOE family camp in 2017 at the Lions Australia owned camp site Licola Wilderness Lodge in Gippsland – a welcome addition to our Family Camp Program.  Following several fundraising events and Lions Club Christmas Cake sales, with which IOE asissted, the local Lions Clubs involved announced a donation of $15,000 towards the costs of an inaugural Licola camp.

The local Lions Clubs have continued their support and IOE has just held its third Licola family camp, using 2019’s donation by local clubs, of $7500 to offset costs.

We greatly appreciate all the efforts of the local Lions Clubs and look forward to a long partnership into the future.

Rotary Club of Balwyn  supported Parent Support Network for many years by funding an annual family fun day at Box Hill Miniature Railway. With the demise of the Network, this support has now been transferred to the Carers Support program at Interchange Outer East.

The annual family day held each November continues to be popular, providing children and their carers with a fun day packed with free fun activities, food, mini steam train rides, giveaways and entertainment. Rotary’s support for this annual day is ongoing and much appreciated.

Knox City Council has been a regular supporter of IOE’s projects and events over many years. 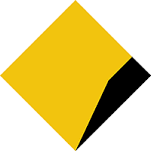 $10000 funded through the Commonwealth Bank Centenary Grant for expansion of IOE’s Sport For Fun program. With the opening of a third venue and an increase in the number of sessions provided there are now even more opportunities for children and adults with disabilities to get involved in regular fun, non competetive sport and fitness activities.